You are here:
School/Work alternationYouth exchange 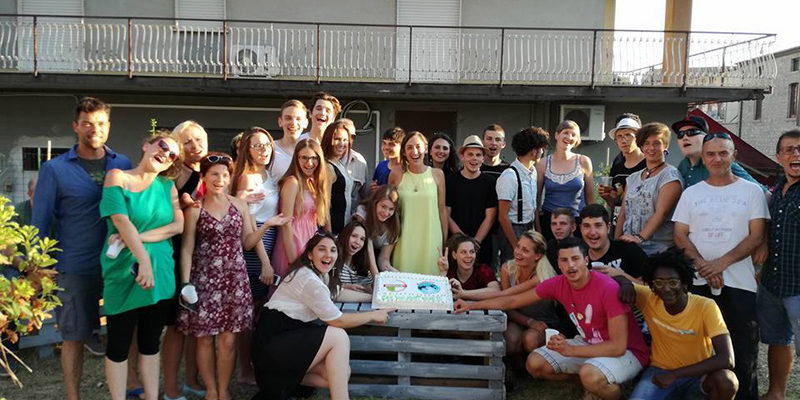 Each cycle of the program lasts 3 years and involve more than 30 European and extra-European organizations. Each partnership is composed by three organization from different countries. During the three years of the program each organization has to host an international workcamp in its country.

Ewoca³ aims to different objectives: give the youngsters between 15 and 25 years to travel, meet peers from different countries, gain new competences thanks to the non-formal education methodology.

Esplora joined the program in the 2015. Esplora’s partnership is whit Germany and Belarus.

The first year participants went to Dortmund, between the 21st of September and the 4th of October. They were accommodated in a social farm. During the two weeks, the youngsters took part in different workshops surrounded by nature: they planted different kind of apple trees and built the fence to protect them from hungry animals; they painted walls, they handled wood labels for the trees. They also had a lot of time for informal meetings and cultural excursion to discover the surrounding.

From the 18th to the 31st of July 2016, Esplora hosted in Itri the international workcamp.

Participants were accommodated at the Istituto Comprensivo school. The youngsters were involved in different workshops: they set up a flower garden in the little school field; they built birdhouses, benches and tables with second hand materials, and they cleaned the big school’s field.

They also visited Rome and Naples, and enjoyed one day long at the sea all together.

The last year all the participants flew to Belarus, from the 10th to the 23rd of August 2017.

To deal with the topic of sustainability, and eco-sustainable development the youngsters took part in activities. They set up a green classroom with benches, fence and a swing; a black and white stone path to feel barefoot the difference that colours have in absorbing the heat; they set up a flowerbed; they dug holes to store garbage and see how much time it needs to decompose.